Through my Tatitlek heritage, I am empowered to decide my future.

To celebrate and share our Native culture, lifestyle, traditions, language, and arts with our families and community and to pass on these values to the next generation.

A resilient, educated and united village.

Taking place through the course of seven days, youth from all around Prince William Sound attend classes that both acknowledge this heritage and teach Cultural Heritage Week values.

This annual event is coordinated by the Copper Mountain Foundation intensive with support from the Tatitlek Community School, the Tatitlek IRA Council, the regional and village corporations, Chugach regional nonprofits, community volunteers, and volunteer instructors. 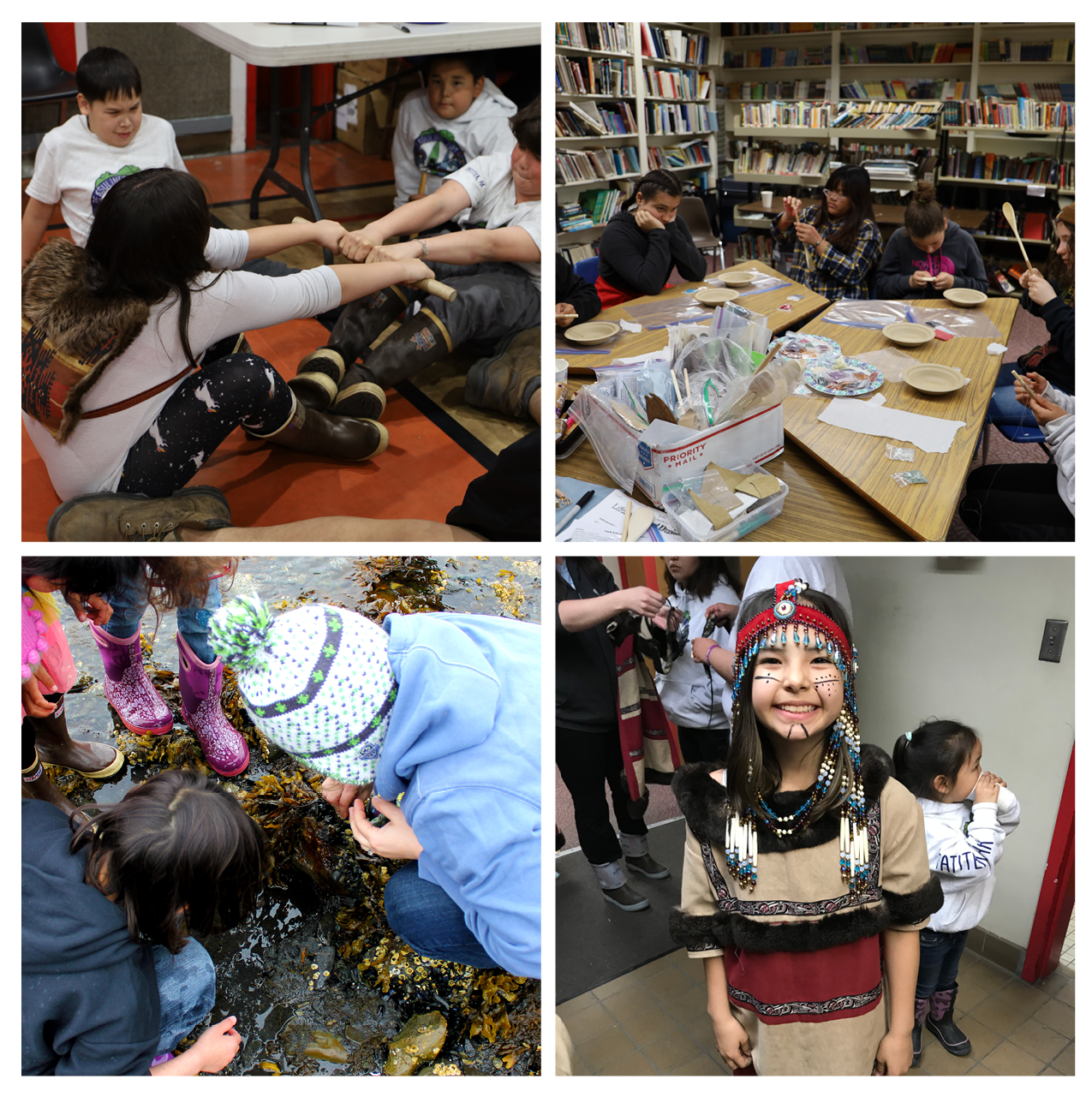 When a student asked to learn more about Tatitlek songs and culture, Tatitlek Community School teachers, the Tatitlek IRA Council and members of the community began working together to teach the youth about their culture. The ideas grew from creating a few lessons on Alaska Native culture to something much bigger: the school would devote a week to classes that celebrate and teach the Chugach Alutiiq culture.

Volunteer instructors, students and chaperones were invited from throughout the Chugach region to participate. From the first year onward, classes were created at three levels for primary school, middle school and high school students. This helped students learn about their culture at their own skill level.

Each year a new emerging leader is appointed as the committee director and takes the lead in event planning and organization. This has provided the community with a generation of new leaders who are working to not only preserve their culture, but to also practice and pass the knowledge to the next generations, the true goal of the Peksulineq Festival.
The first Peksulineq Festival organizers wanted an Alutiiq term that suggested spring time for the new event. Community members and elders chose the term Peksulineq, which literally translated describes the time when spring eggs are hatched, but also holds a meaning of a fresh start or new beginnings.
The Peksulineq Festival teaches youth traditional and cultural principles through activities including:

Volunteer: Do you want to be a volunteer instructor or chaperone? Let us know!

Provide an auction item: Event funds are raised through a live auction on the concluding evening of the event. Regional stakeholders and sponsors travel to Tatitlek village for the evening to participate in a community potluck, appreciation and award ceremony, and live auction.

Peksulineq Documentary 2018 Join in exploring the importance of Cultural Heritage Week in teaching heritage, subsistence and tradition to future generations.